When Elvis Presley purchased Graceland on March 25, 1957, the music gates were not a part of the property and he wasted no time turning it into his own castle. In fact, the gates were installed less than a month later, on April 22.

The gates were designed for Elvis by Abe Saucer and custom built by John Dillars, Jr., of Memphis Doors, Inc., these custom music gates were delivered and installed at Graceland on April 22, 1957.

This was before Elvis or his parents moved into Graceland. The house was being renovated before Vernon and Gladys Presley spent their first night there on May 16, 1957. Elvis, who was filming 'Jailhouse Rock' at the time, didn't spend his first night at Graceland until June 26, 1957, but he visited while the work was in progress.

In the first two photos below we see Elvis with friend Arthur Hooten (left). 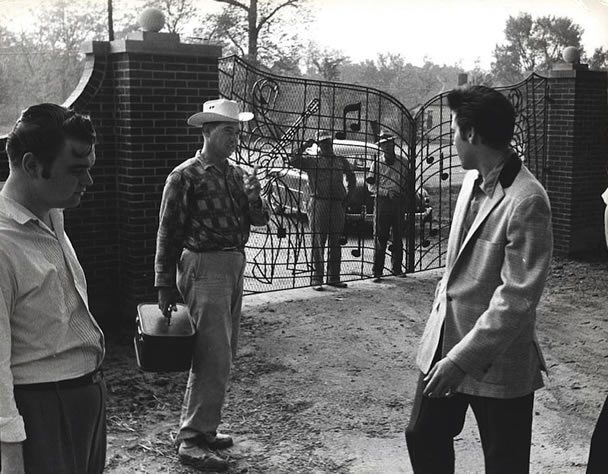 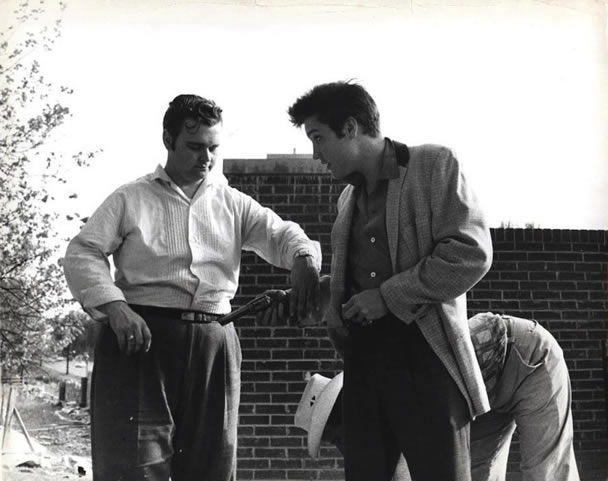 Marthy Lacker: We had another big fat guy in the group, Arthur Hooton. He goes all the way back to the mid-fifties. His mother had worked with Gladys at Britling's cafetaria. Arthur was a funny guy - used to do funny stuff. He went on a few trips with Elvis, traveling to Mississippi to do all these little shows. Then, in the late fifties, Elvis just let him go. Arthur was a nice guy, but he was a little strange. Whenever you talked to him, he'd go, 'Yeah'. no matter what you said.

Lamar Fike: Arthur Hooton was another very loyal person. We used to call him 'Arturo van Hooton'. He got a regular job, and got married, and that was it. 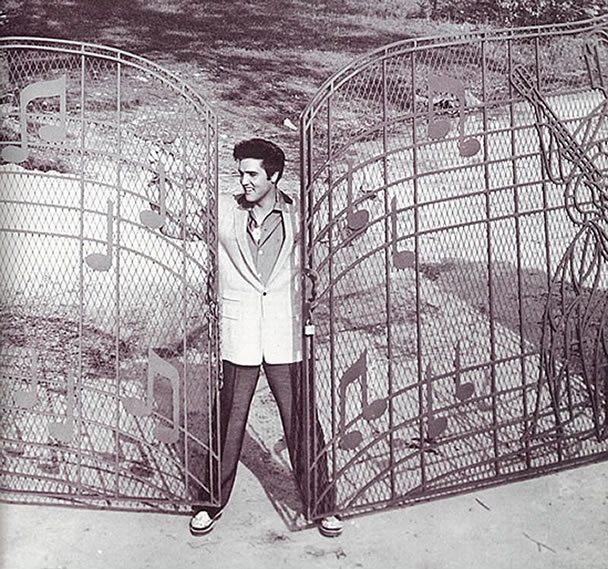 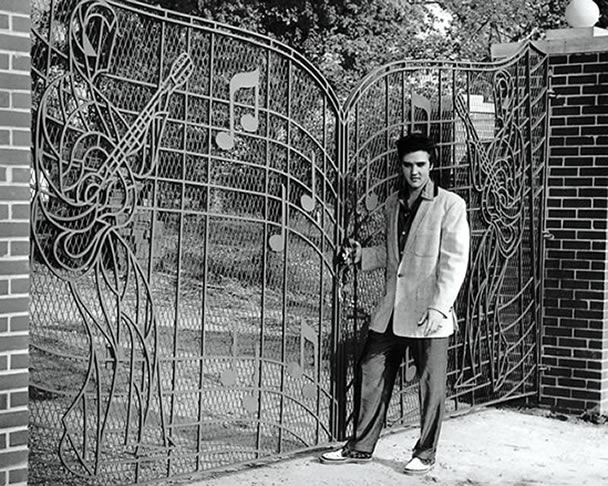 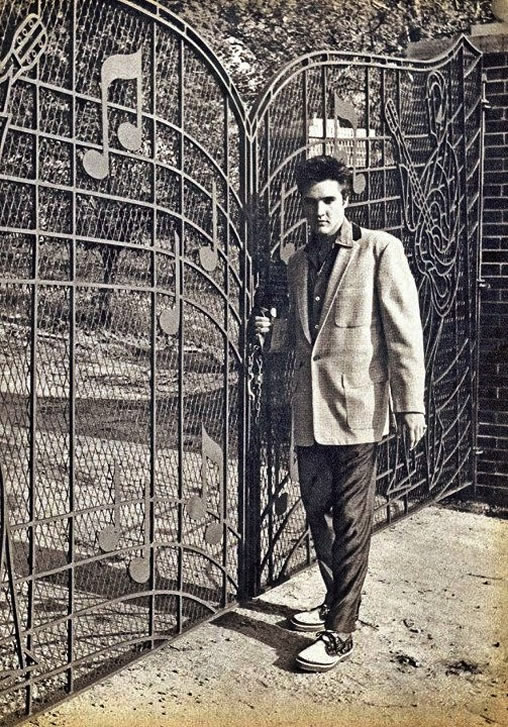 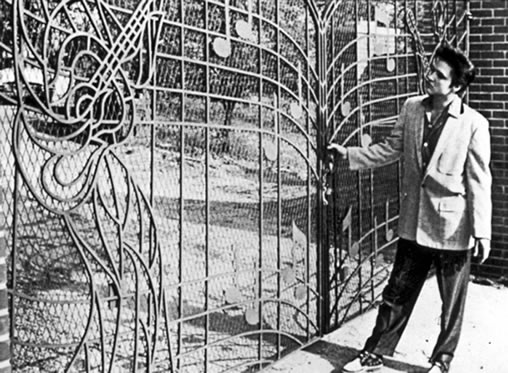 Fans would often line up and hope to catch the world's most famous entertainer leave or enter those gates. Sometimes he'd sign autographs from behind them, and fans could see him and his family horseback riding on the Graceland property. 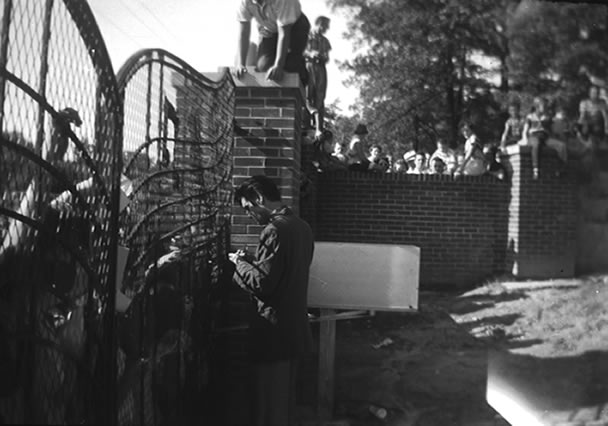 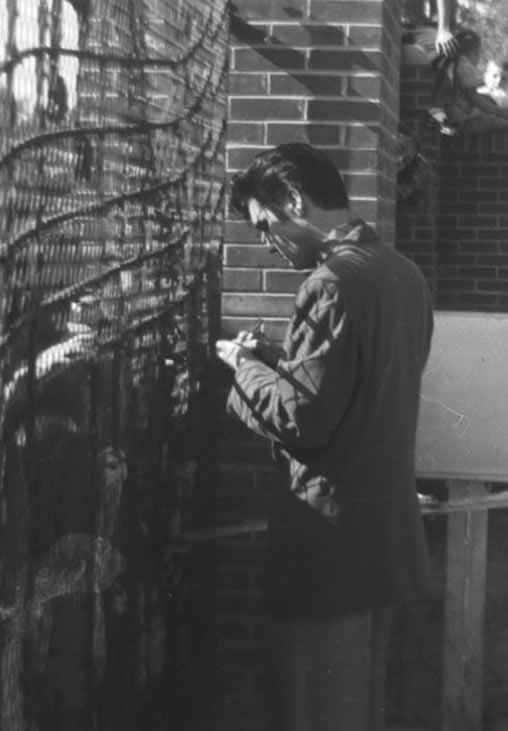 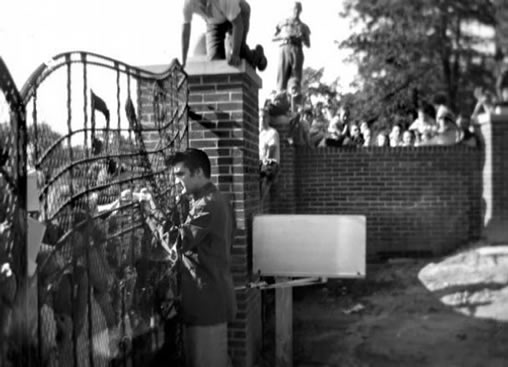 The Security Shed / Guardhouse, just inside the Gates

The Security Shed / Guardhouse, just inside the Gates. 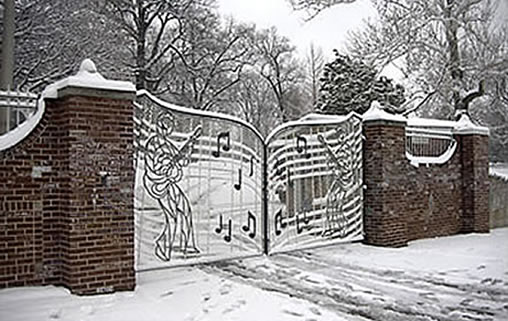 The Graceland gates in white.

The Gates in Red 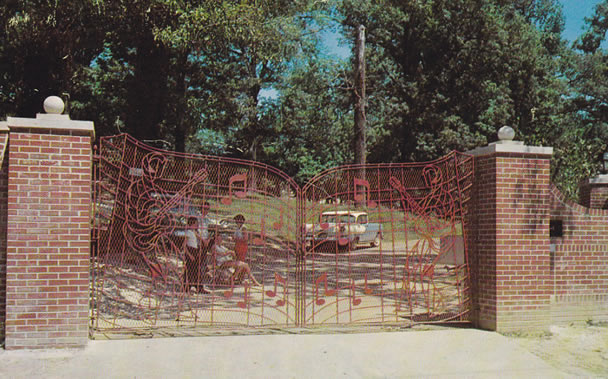 The Graceland gates in red. 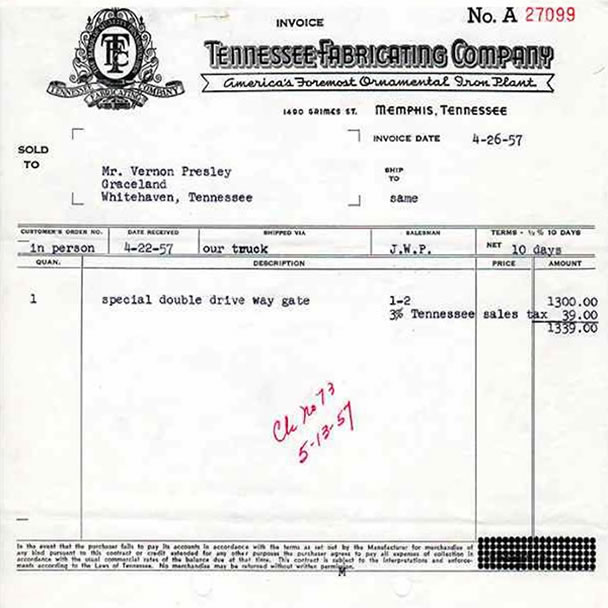 This is an invoice from Tennessee Fabricating Company for Graceland's gates. (Click image to view larger).

This check to Dillard Door is a partial payment for the gates. 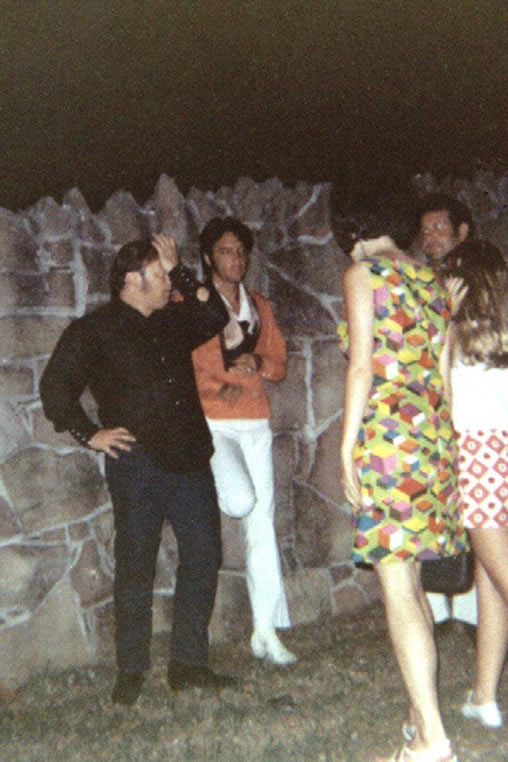 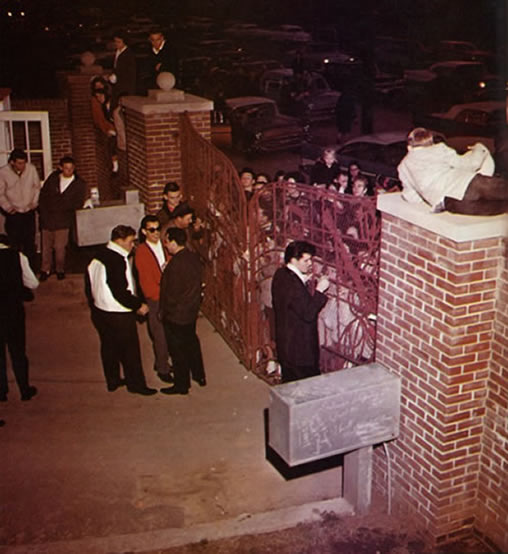 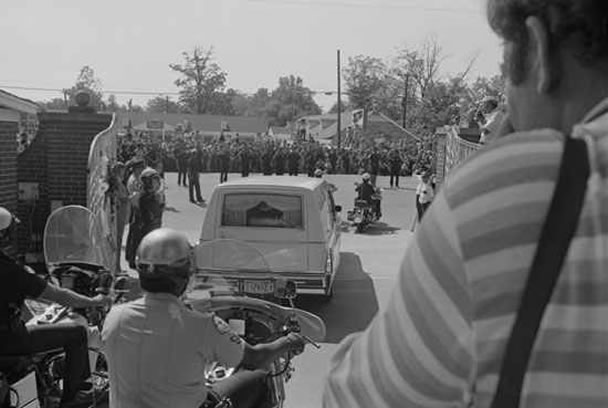 Writing on the Graceland wall today is a tradition that dates back to when Elvis first purchased Graceland. The same thing happened with this mailbox.

The photo below is of the original mailbox that stood outside of Graceland while Elvis lived there. After enough signatures and notes covered the mailbox, it would be repainted. 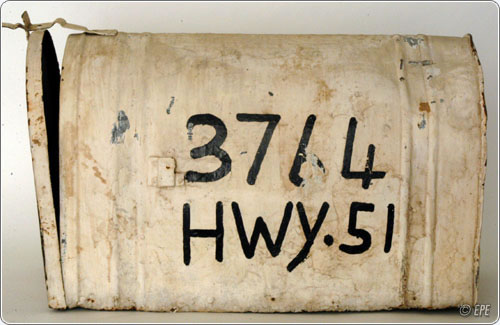