This is a newspaper article that was first published when Elvis bought Graceland in 1957.

Was there a 75-foot ballroom in Graceland? It was not technically a ballroom. The house included 75 feet of 'entertaining space' from the picture window in the dining room to the double doors in the music room. As for the fence and gates, they were both installed shortly after Elvis purchased Graceland. As for the rest of the initial improvements and additions to Graceland, the Presleys received an improvement fund loan from NBC for about $50,000 to renovate the house. To see the actual receipt from the improvements, be sure to visit the members only forum. Be sure to stay tuned for more artifacts and articles to celebrate both the 25th anniversary of Graceland being open to the public and the 50th anniversary of Elvis purchasing Graceland. 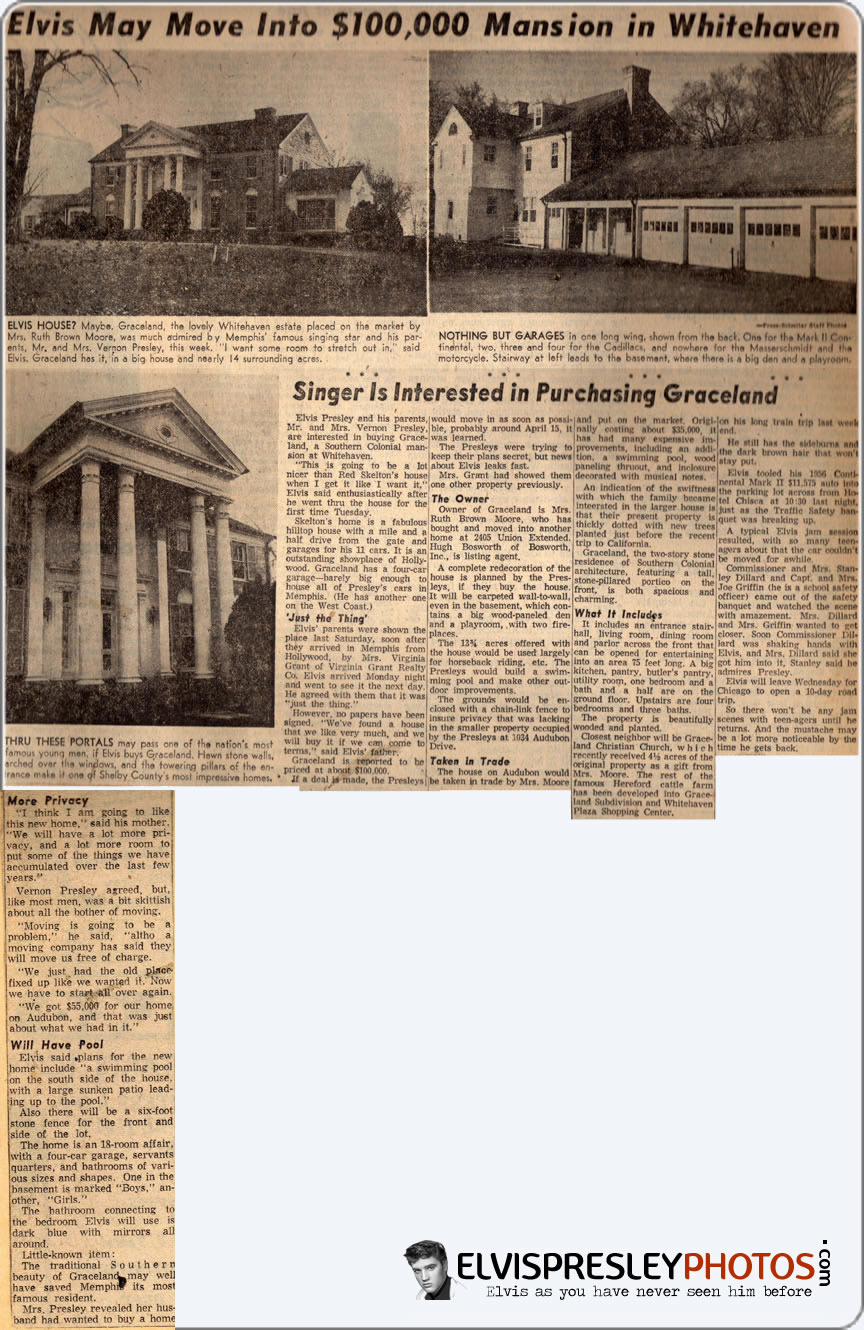